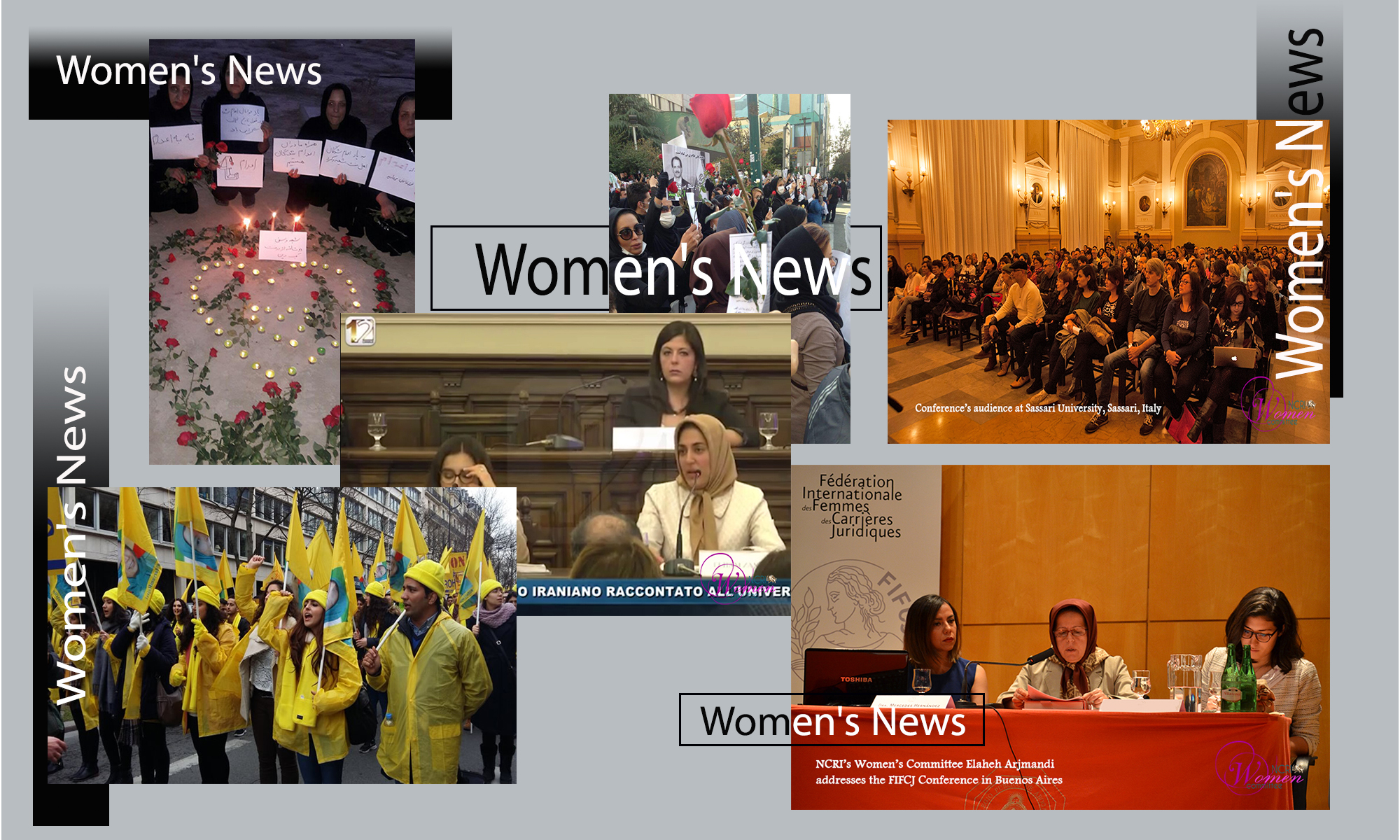 List of women killed during Iran protests in November 2019

On December 15, 2019, the Iranian Resistance announced that the number of those killed by security forces during Iran protests exceeded 1,500. At least 4,000 were wounded and at least 12,000 detained.

Then on December 23, 2019, citing sources within the clerical regime, Reuters confirmed that 1,500 people had been killed in Iran during less than two weeks of unrest that started on November 15. Reuters was told that about 400 women and 17 teenagers were among those killed. The Iranian officials who provided the figures to Reuters, said they were based on information gathered from security forces, morgues, hospitals and coroner’s offices.

Reuters said Khamenei’s order to “do whatever it takes to stop them (the protesters),” had been confirmed by three sources close to the supreme leader’s inner circle and a fourth official.

The Women’s Committee of the National Council of Resistance of Iran has compiled the names and reports on the list of women killed by security forces during the Iran uprising in November 2019.

List of women killed during Iran protests in November 2019

Shabnam Madadzadeh: I took wings and flew with two phrases

Following are excerpts from a speech by former political prisoner, Shabnam Madadzadeh, delivered on

Following are excerpts from a speech by former political prisoner, Farideh Goudarzi, delivered on…

The Iranian Resistance’s President-elect Maryam Rajavi hailedthe steadfast people of the besieged city of Aleppo, describing the massacre of its innocent people a war crime and a crime against humanity.

71 women executed in Iran under Rouhani

According to the data collected from material published by the Iranian state-run press, human rights activists and their websites, or from private sources in touch with the Iranian Resistance, 71 of those executed during Rouhani’s tenure have been women.

Nevertheless, the actual figures are definitely higher, as most executions in Iran are carried out secretly without anyone knowing except those who carry it out.

Women’s Committee of the National Council of Resistance of Iran

Arranges seminars, press conferences, private and public meetings, exhibitions, panel discussions, and other events to educate and inform local, national, and global organizations about cultural and humanitarian matters related to Middle East and to draw attention to Women's Right .